Every nation in the world knows what a wedding is. However, the amount of money we spend and the traditions differ from country to country.

If you have ever wondered how much the wedding celebrations cost outside of your country, or what traditions others have, then this article is for you.

All the data for the average spent per wedding has been converted to euros. The data is from the Wedbox planner app. 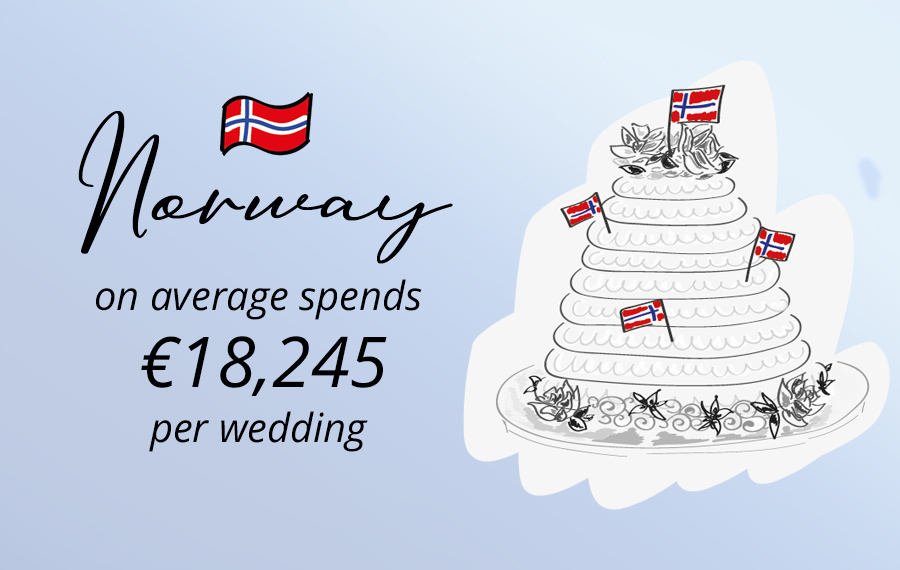 So far, Norway is the country that will be spending the most on their weddings in 2020! But not to forget, Scandinavian countries have many fun and delicious traditions when it comes to their weddings.

At weddings in Norway, it’s typical to serve a towering special-occasion cake called a “kransekake.” It’s made with iced almond cake rings to form a cone shape, and a wine bottle is often placed in its hollow center. People decorate it in different ways, using their country’s little flags or sometimes edible flowers. 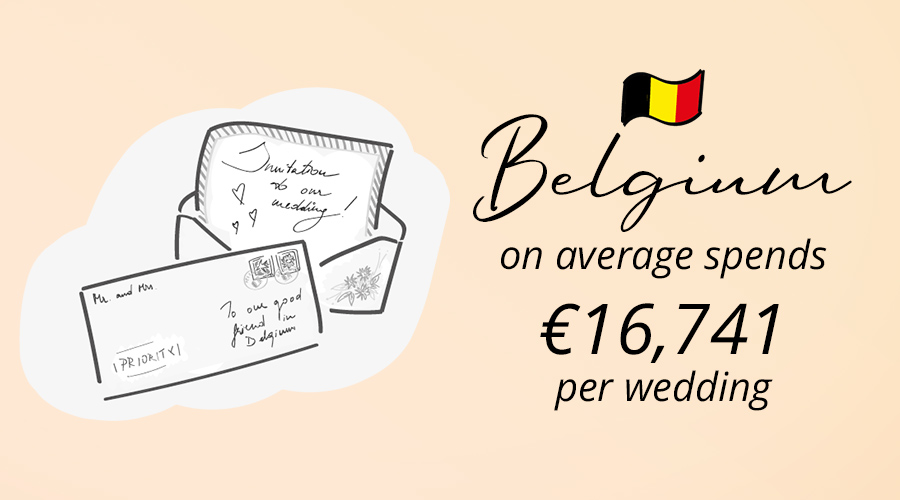 Belgium has an interesting wedding tradition of sending out the wedding invitations twice! 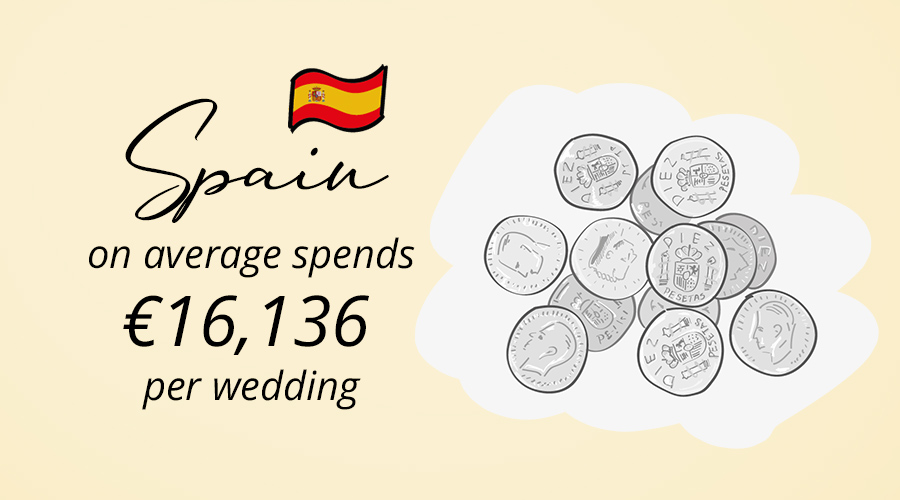 Spain has a nice tradition of exchanging 13 gold coins as a representation of prosperity for 12 months. The extra you have from 13, you give if to poor. It is a sign of gratitude and that you will share with others. 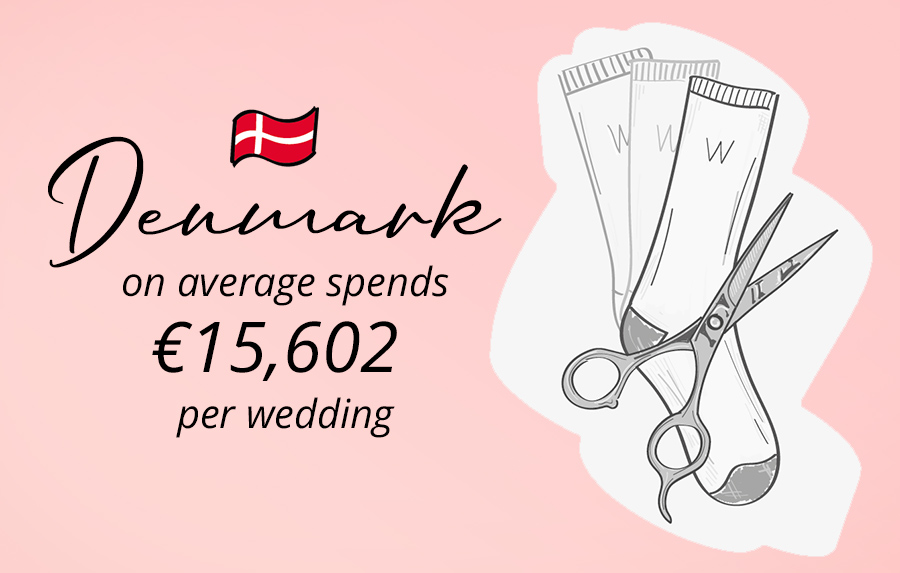 During Danish weddings, other men at the party are supposed to cut the toe off the groom’s sock at some point during the event. This usually happens once the guests start dancing on the dance floor. It means that now the groom has to stay on the straight and narrow – he has to stay faithful to his new wife!

The tradition comes from olden times, where at some weddings, the ladies would also grab the bride’s veil and rip pieces off. This apparently was for the happiness of the bride. 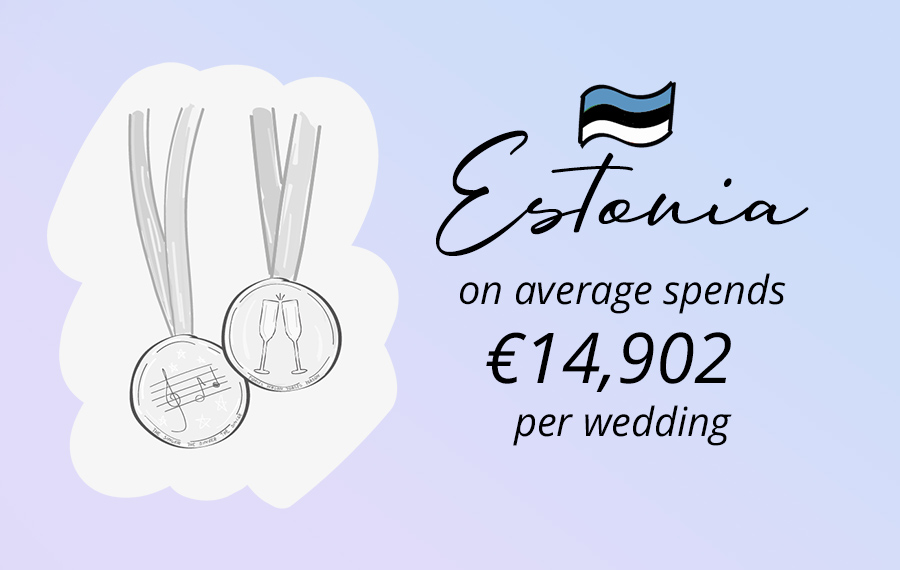 Before starting with the festive wedding dinner, the person acting as a host of for the entertainment, with a speech and gives guests wedding “professions” together with the married couple.

Professions can differ from “Table commandant”, a person responsible for making sure that people sitting at the table drink often. “Singing bird” for starting a song at the table or “Security guy” to make sure the wedding celebration goes smooth without any big arguments.

This tradition is common in Baltic countries. Some professions are traditional, while others can be added as the married couple wishes. The wedding professions are a humorous way to involve attendees in the ceremony and give them a role at the wedding party.

To make the profession clear to all of the guests, the person gets a necklace/medal identifying their profession. 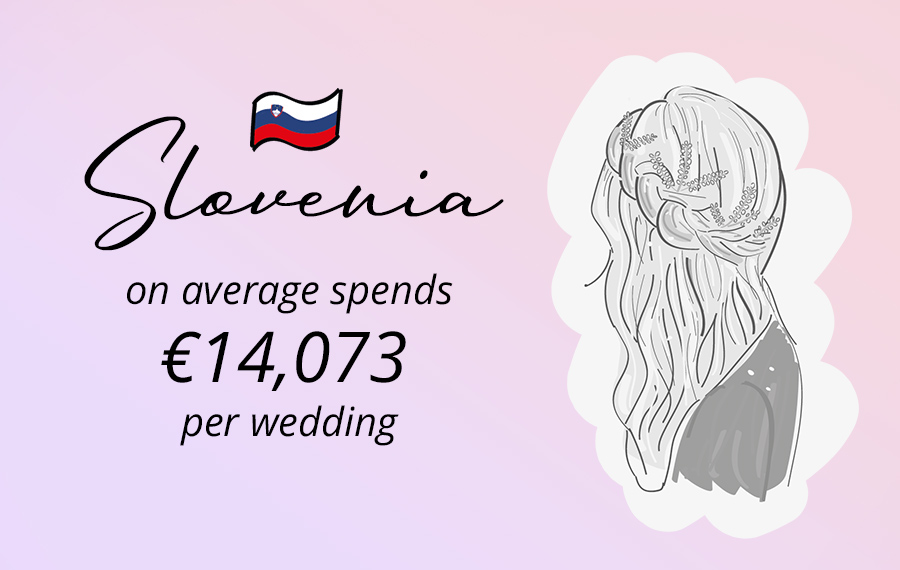 People in Slovenia throw rice over the wedding couple after the ceremony. They believe – that the amount number of rice – that remains in the hair of the newlyweds at the end of the night is the number of kids they will have!

If the guests are particularly dedicated, some couples can finish the celebration with at least 20 grains of rice left. 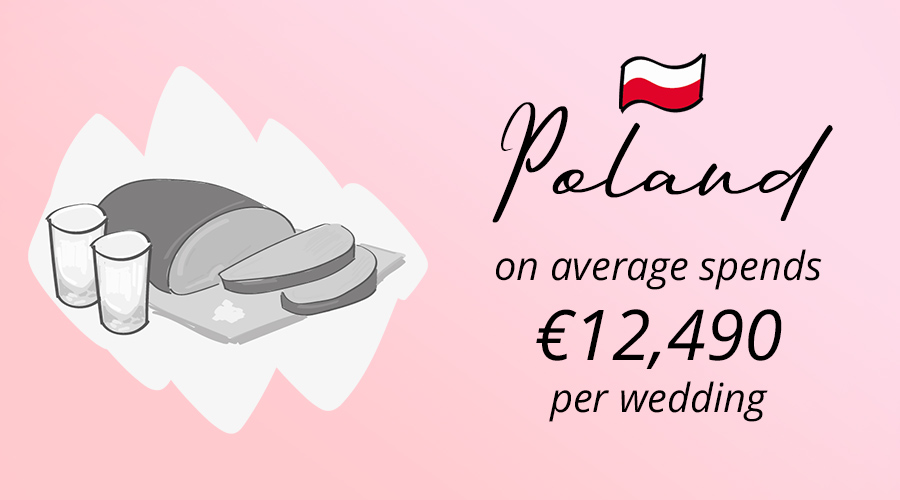 Poland, like the Baltic countries, are greeted by their parents when they arrive at the reception. The parents usually have with them a huge loaf of bread, salt and two vodka shots.

The tradition means – that parents don’t want their children to ever suffer from the lack of bread or salt in their life.

The wedding couple also need to drink the vodka shots. After drinking, they throw the glasses behind their backs. The aim is to break the glass, and if it doesn’t, the groom needs to go back and break it himself, so the newlyweds would have a peaceful life in their marriage. 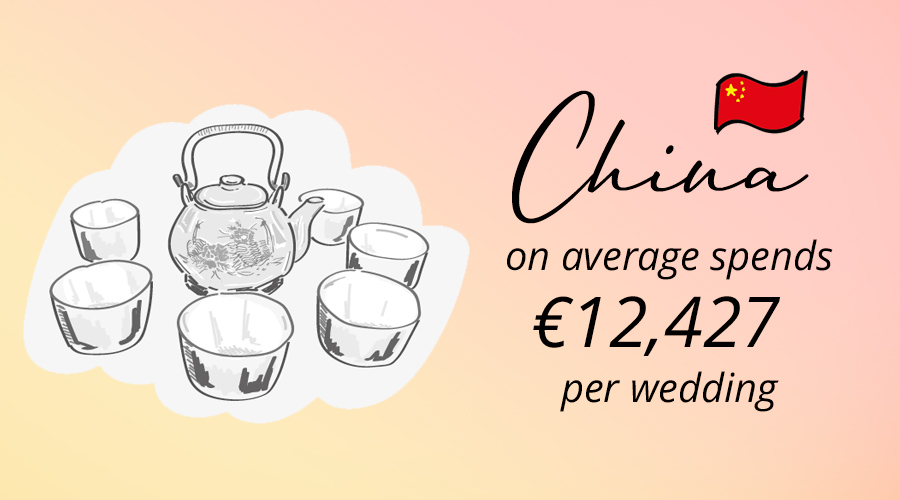 China has many different wedding traditions. Most of them come from olden times, the most common of which is the tea ceremony.

This is a tradition to bond the two different families together. The bride would serve tea to her family before the wedding ceremony. Afterwards, the couple then holds the tea ceremony for the groom’s family. 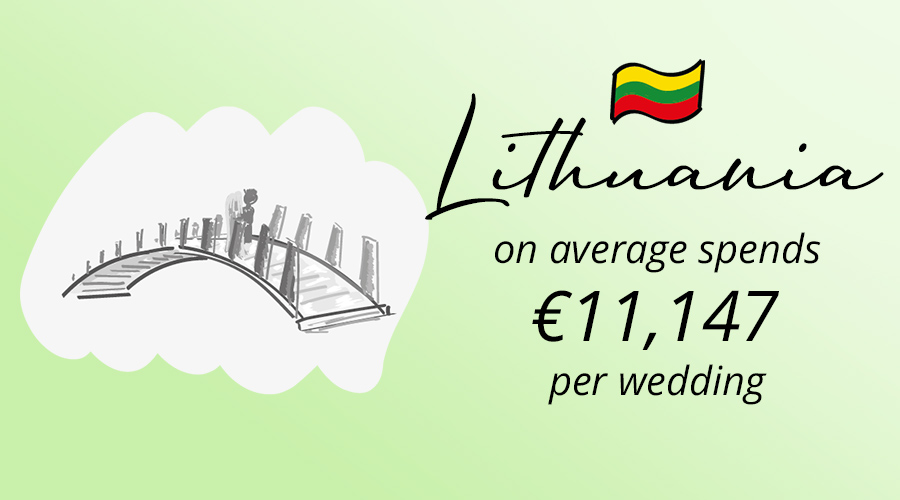 After a Lithuanian couple gets married, they have to find the longest bridge and the groom has to carry the bride across in his arms.

This tradition is to try to test the groom’s patience by requiring to carry the bride throughout the bridge. Usually, during this small ceremony, other guests join in with their women, to keep the groom company. 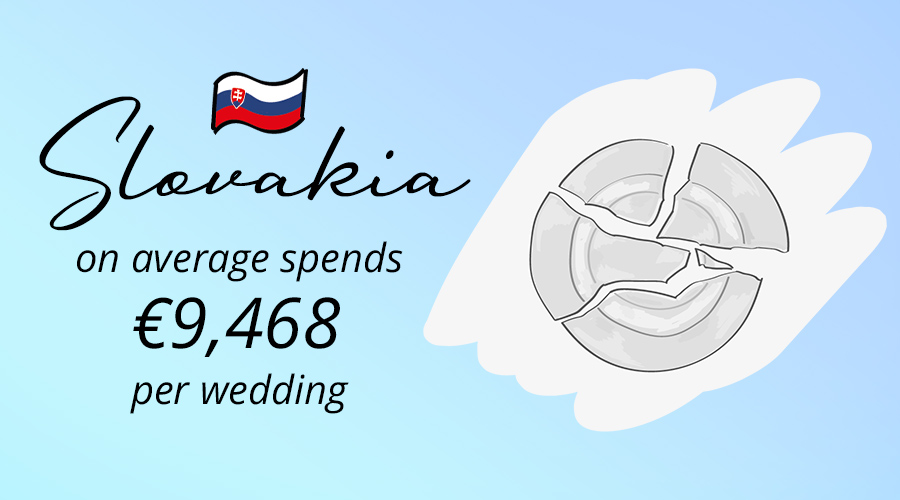 During their wedding, one of the waiters will deliberately break a plate at the entrance to the party.

The bride and groom then need to clean up the broken pieces. For every piece they miss,- they will have one child. It’s typical for the guests to interfere and sabotage their sweeping activity. They kick the dustpan away when they are almost finished so that some pieces are lost or – the plate breaks again. It may be slightly dangerous, but it brings a lot of fun to the celebration. 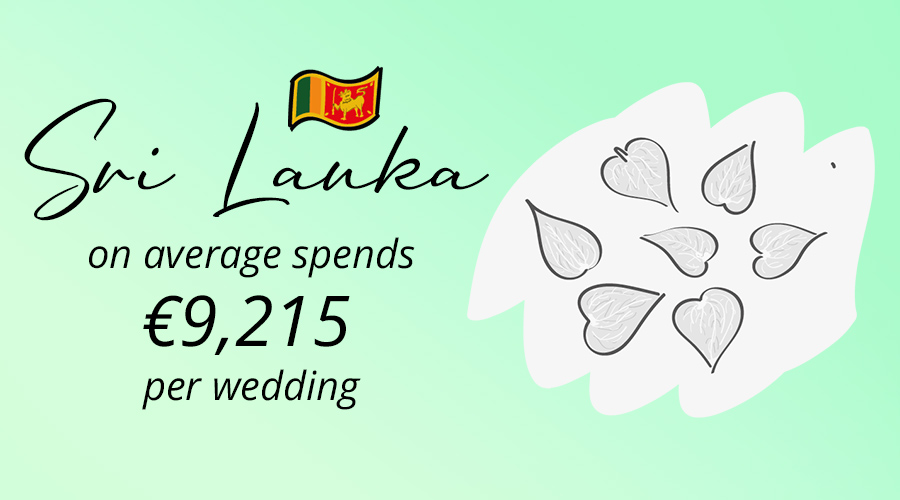 Sri Lanka also has many wedding traditions. One of them is that during the wedding ceremony, the couple doesn’t exchange vows. They also exchange a sheaf of betel leaves exactly 7 times.

The tradition represents the couple bonding- and uniting. It means their love will last for at least 7 generations.

All the data in this article for the average amount of money spent comes from the Wedbox planner app.